I was on The Real News this week discussing a(nother) mad week in Brazil. There are effectively four major threads to anti-corruption charges now, two against Temer/PMDB and two against Lula/PT. I won’t recap them here but instead tease out some deeper implications of what I said on the programme.

(For a good summary, Stephanie Nolen in the Globe & Mail (EN) and João Paulo Charleaux in Nexo (PT) both clearly set out the events and what is at stake.)

What is striking about the current moment is the collapse in elite cohesion. Different factions of the Judiciary are at each other’s throats, pursuing different personal (or sometimes political) agendas. The battle between outgoing Attorney General Janot (pro-market, but who appears to retain some political independence) and Supreme Court Justice Gilmar Mendes (Temer ally) is just one example. The Federal Police has its own beef against sections of the Judiciary and the Executive. Even outside state institutions, the hugely influential Globo conglomerate has gone from cheerleading (some would go as far as to say “orchestrating”) the ‘Temer solution’ (i.e. the parliamentary coup) to turning on Temer – evidenced in its media outlets breaking the JBS allegations against the usurper president. And then you have the main parties.

As columnist Celso de Barros noted on Twitter, the degree of proof against Temer and his allies is what both the PT and the PSDB dream of having against each other. This aperçu indicates the degree to which all parties are engaging in “lawfare” – the use of the legal system to pursue political ends. The PT were the original victims of this, when a neoliberal fraction of the Brazilian bourgeoisie, allied to international capital, attacked the PT, and its own alliance with national capital (this latter represented above all by Odebrecht).

Whether this fight is “just” is beside the point. To a certain extent, the targeting of the PT through Operation Car Wash and the wider anti-corruption agenda does represent its own chickens coming home to roost. Lulismo was founded on a ‘neodevelopmentalist’ pact. Major national companies, especially in agribusiness and construction, would fund the party while acting as engines of economic growth and development, accelerated by the national development bank, BNDES. The PMDB was the crucial political node. This nexus has now fallen apart.

(I should note however that Lula and the PT leadership have shown little sign of breaking with this approach: Lula remains cosy with the PMDB’s Renan Calheiros, and there are even suggestions Calheiros will be Lula’s running mate. The broader strategy seems to amount to a reheated Lulismo. How this works absent the commodities boom, and with a much more hostile business elite, is anyone’s guess.)

Yes, the PT did bear the brunt of lawfare. Being the only progressive government Brazil has had in forty years, the disproportionate targeting of this party was unfair and – with the eventual rupture with democratic norms in the dodgy impeachment – a soft coup. (As Valerio Arcary, founder of MAIS – the Movement for an Independent and Socialist Alternative, noted, it’s sad to see the PT destroyed by class enemies. But there is perhaps a certain poetic justice in seeing Lula taken down by his former finance minister Palocci, one of the men at the core of the aforementioned nexus).

All this notwithstanding, I want to draw attention to something else. It’s clear the PT are not above using lawfare themselves. Nor are any other parties. The anti-corruption whirlwind continues to consume politics.

(Illustrative aside: Arrested Temer ally Geddel Vieira Lima, whose R$51 million in cash was found in his bunker last week, participated in a 2015 anti-corruption protest, declaring at the time “no one can stand so much thievery” and denounced the “assault on public coffers”.) 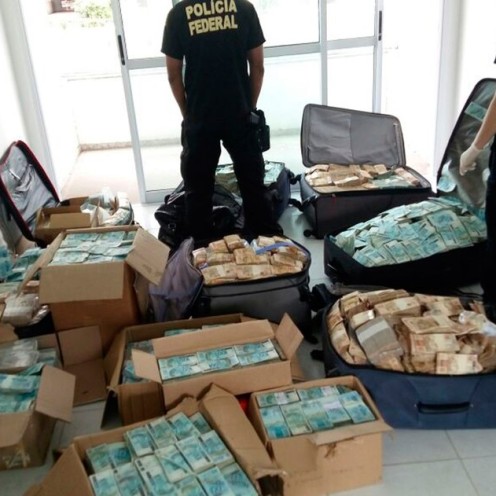 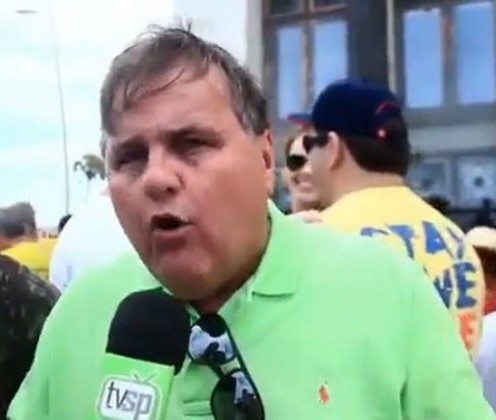 The main point is this: anti-corruption has replaced politics. While this is not new, we are witnessing the later stages of a vicious cycle driven by the accelerating fallout of new revelations, testimonies, depositions, charges… It undermines all political and institutional actors. These then seek to pull themselves up by further delegitimising opponents through the taint of corruption. It is to the mutual ruin of all players. Worse, its deleterious to party democracy itself – a point I’ve discussed plenty on here.  Maybe there are some who have managed to remain untainted by accusations. But they too pursue the politics of anti-corruption, suggesting no exit to the cycle.

(It is a certain irony that Supreme Court Justice Gilmar Mendes has now come out criticising the endless corruption revelations, telling the Wall Street Journal that “the ethos of a country cannot be the fight against corruption”. He’s correct, though in his protection of Temer, he represents the preservation of the old order and the old practices. Those have lost all legitimacy. There is no return to the status quo ante, and we should not desire it either, however maddening we find the current moment.)

What remains? The only point of coherence amongst the elite is their clinging to the desperate, disastrous slash & burn counter-reform programme (avaricious attacks on pensions and labour rights, moronic privatisations, and more – few of which even make much sense on their own terms, let alone for Brazil’s longer term development.) It is this, plus the hope that Lula is barred from running, so that whichever convenient pro-business empty suit wins the presidency by default.

It is a remarkable, unprecedented situation. If we allow ourselves recourse to a counterfactual, in most situations this degree of institutional incoherence would result in the toppling of the political elite. What holds it in place?

Well, the Brazilian stock market just hit a historic high; foreign investment remains healthy; inflation is low; the depression seems finally to have bottomed out. The implications for investors and their chosen political representatives is clear. Another factor: after taking a big hit 2015-16, this year has seen the incomes of the top quintile of earners increase 10%. This latter may explain the absence of green & gold “anti-corruption” protests that effectively ended Dilma’s presidency. The upper-middle class drove that mobilisation. They are nowhere to be seen now. Better the devil they know.

On the other side, the Left is in disarray. Beyond the longer-term issues of disconnection from its traditional base, precarisation, de-industralisation, etc, there is the fact the PT is offering little leadership. Playing the victim and hoping Lula can return the good times in 2018 does not cut it. It may get Lula elected, but one can only imagine the subsequent disappointment if – as looks likely – he merely operates as a more ‘socially just’ administrator of austerity. The extra-PT left also shows little sign of agreeing a forward-looking programme. It remains defensive and lacking the sort of political imagination that characterised the Brazilian left in the 1980s.

Featured image at the top is Justice of Emperor Otto III: Beheading of the Innocent Count and Ordeal by Fire, diptych by Dieric Bouts (c.1460), Museum: Royal Museums of Fine Arts of Belgium